Exactly one month to the day after our arrival in Beaufort, SC it was time for OLOH’s journey to continue.  We arose in the dark, rallied Jasper much sooner than he was ready to be rallied and easily got back to our departure routine.  We normally don’t love waking up that early either but we were excited and full of anticipation as we prepared to get this adventure back underway.  Temps were in the low 30’s (the weather has generally been most inhospitable lately) and the docks and OLOH’s decks were slick.  It was dead calm on our departure from the wonderful Port Royal Landing Marina at 7am sharp and we rode the outgoing tide as we made our way down the Beaufort River on our way to Port Royal Sound and out to the Atlantic.

We had originally hoped to stop for a night in Hilton Head before making way for Savannah but because we ended up delaying our scheduled departure from Beaufort by a day we opted to do a one-day hop to Savannah so we could be settled in before New Year’s Eve.  And because the forecast was favorable to head offshore we decided to do a “half-n-half” – about half of the ride “outside” on the ocean and the rest “inside” along the Intracoastal Waterway.  That would allow us to avoid one particularly notorious problem spot just past Hilton Head that was going to be difficult to arrive at on a favorable tide unless we wanted to leave much earlier, like 4am (not happening) or so late that we would have arrived in Savannah in the dark (no thanks).  Once in the Atlantic and clear of the shoals off of Port Royal Sound we turned OLOH to 246 degrees and held that course for about eleven miles to Tybee Roads Inlet.  The 10 mph west wind yielded 2-3 foot waves on our beam as predicted and it wasn’t a bad ride, albeit a bit sporty for Jasper at times.

The OLOH did get a bit salty but, on balance, it was well worth it as we really wanted to have as low-stress a ride as possible for our first day back on the water.

As we entered the inlet we were greeted by dancing dolphins and two 350′ dredge boats that were working in the area.

After making passing arrangements with them (the dredges, not the dolphins) we made our way into the Savannah River which can be quite narrow in places with a swiftly running current.  And of course in one of the narrower spots we encountered an 1100 ft (!) freighter moving along at 15 knots guided by a pilot boat.

We had no problem burning a little extra diesel to hustle around the Zim San Diego so as not to get edged into shallow water as we passed but it is never fun passing in front of such a behemoth even a mile away.

We turned off the Savannah River to rejoin the ICW and had an uneventful rest of the ride with the exception of a few areas where there was less water under the boat than we like to see.  Very typical of low-tide travel in many spots along the ICW.

We were safely tied in Savannah at 12:33pm and settled in for what will be our home as we ring in 2018.  We are thrilled that our friends from Ripple are here – we met in Coinjock back in November and had hoped for a reunion along the way.  It was also an unexpected treat to tie up next to our friends from the Nordhavn Ranger that we met in Deltaville.  A lot of good, like-minded cruiser energy on the docks here.

A quick note about Port Royal Landing Marina which was our home for the last month.  It was a much anticipated stop as our dear friend Michele Clark is the Dockmaster and we were looking forward to spending time with her and her family.  But even if we had never met before we know for certain that we would have been treated like family by everyone there.  It’s just how it is.  Their docks are first-rate (wide, floating concrete with a pumpout connection at every slip), the property is immaculate, the wifi was excellent, the ship’s store is terrific and we simply can’t say enough nice things about the staff.  Rion, Michele and their team get it.  You’d be hard-pressed to find a more friendly and professional crew.  A big thank you to everyone there for making our longest stop anywhere (so far) everything we hoped it would be.  We will always consider PRLM another of our homes (we are working on a separate post about our time there).

We also have to give a major shout-out to Michele’s husband, Gene, one of the kindest, most thoughtful people you will ever meet and someone we now consider a dear friend.  Gene is also a professional diver (Port Royal Scuba) and we had the good fortune of having him dive OLOH the week prior to our departure to be sure that everything on the wet side of the boat was in good shape.  If you are ever in need of Scuba instruction or diving services in the Beaufort, SC area, you will not find a more capable person of integrity than Gene Clark.

Our plans moving forward are still coming together but we’ll be back underway in the days after we flip the calendar and will keep the pointy end facing south.  It’s got to warm up sooner or later.  See you out there…

Have the happiest of New Years.  We’re wishing you all good things in 2018!

Please be sure to subscribe to the blog on the top right of this page to get notified when updates are posted.  And please leave any comments or questions below – we love to hear from you & know that you’re along for the ride!  You can also follow us on Twitter at @MYOLOH and for plenty more pictures and video find us on Instagram.

Marathon And Moving On

For the past three years, since we began cruising OLOH between the northeast and the…

OLOH TV – Running In Circles On The Way To Naples

With a successful first day back on the water under our belts, it was now…

OLOH TV – Back Out Cruising! LaBelle To Fort Myers

After a nine month absence, settling back into life on board is much more than…

Thanks for checking out Adventures Of OLOH!

The most recent post will be the top article on the blog’s main page which can be found here.   If you want to go to our very first entry ever, click here. For more posts, use the Archives or Categories below. 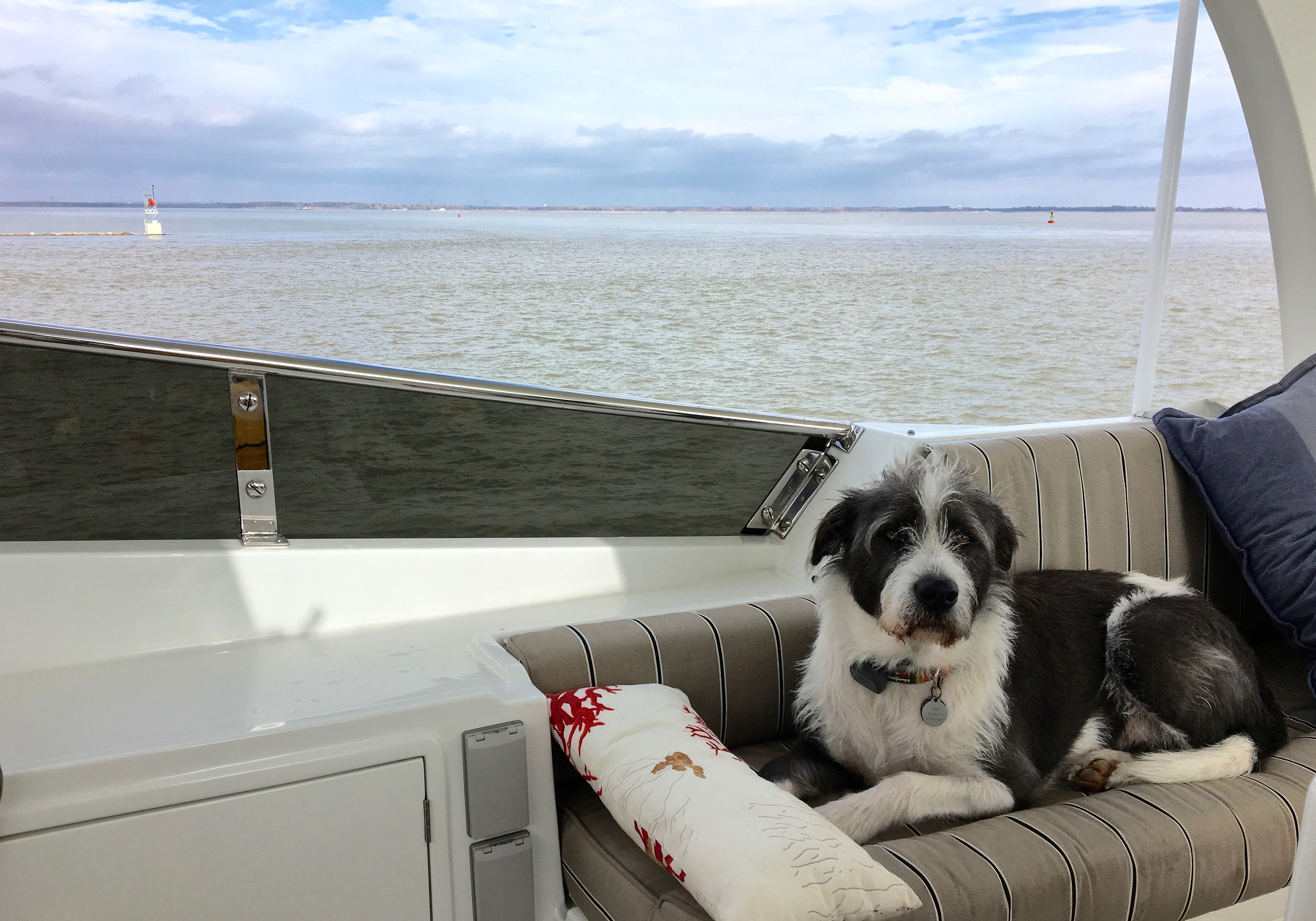 Be nice or this guy can be ruff...
M/Y OLOH on Facebook